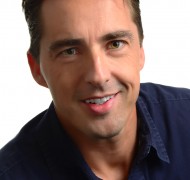 Mr. Crompton is a second generation Electrical Contractor. Upon graduating high school in his home state of Connecticut he went to work for his father’s electrical contracting company in June of 1990. He spent two years working with his father before relocating to South Florida in September of 1992. Mr. Crompton was employed with Stephen C. Pomeroy from 1992 – January of 2000. While at Pomeroy Electric he worked his way from an apprentice to a foreman where he ran projects from retail stores, high-end residential, large commercial structures, tenant build-outs, and cellular communications sites. Mr. Crompton and his wife, Beth, started J. Crompton Electric, Inc., in 2000 after receiving his Electrical Contractors State Certification. Mr. Crompton is currently the president/owner and responsible for all the daily operations of J. Crompton Electric, Inc.

Mr. Poirier graduated from John Abbott College in Montreal Canada in 1983 with an associate degree in business administration. He then completed a two year electrical apprenticeship program in 1986 at EPSH in Montreal and worked throughout the Northeast as an electrical contractor. In 1992 Mr. Poirier relocated to Florida and has worked in the electrical and wireless sector since that time. Mr. Poirier obtained his Broward County electrical Journeyman’s license in 1994 and later obtained his Florida state Certified General contractor’s license in 2000. Mr. Poirier has worked over the years as a Project Manager throughout the U.S. for Cellular Technologies Inc., O2 Wireless Solutions Inc., Baran Telecom and Metro PCS. He has been employed with J. Crompton Electric Inc. since 2005 and is primarily responsible for estimating, budget pricing, quality control, securing and managing work for the numerous wireless carriers.

Bradley J. Schehr was born and raised in Chicago, Illinois. He attended Joliet Junior College and studied for an associate’s degree in Construction Tech and Applied Science. Brad is a Florida State Certified General Contractor, and holds a current position in the construction management division within J. Crompton Electric, Inc. Brad is a skilled leader with an intense passion and focus on exceeding client expectations. With more than 15 years of experience in the wireless communication industry, Brad combines his knowledge, extensive experience, and client first approach to manage the successful completion of new construction projects. In addition to providing daily leadership to the J. Crompton team, he regularly conducts quality reviews of critical aspects of projects, including job progress, schedule adherence, quality control, and financial job costing. In his spare time, Brad enjoys spending time with his wife, Brooke, and family/friends. He is a member, and avid supporter of the NHRA Drag Racing community, and enjoys traveling throughout the U.S. to enter healthy competitions.

Mr. Morris served in the Air Force as a Law Enforcement Officer form 1980-1984. During that time he obtained a Bachelor of Science Degree in Law Enforcement. Mr. Morris completed his four-year Electrician’s apprentice program in 1987 and received his state certified license. He joined Electric Machinery Enterprise Inc. in 1992 and was promoted to project manager in 1997. Mr. Morris joining the J. Crompton Electric team in mid-2012 as the General Manager for the Tampa Office. Mr. Morris is responsible for general company operations in Tampa as well as all electrical work in wireless communication, commercial and industrial projects.

A Washington DC native, Mr. Antonak relocated to Florida in 2000. While working management positions in both the Culinary and Retail fields he attended Broward College and later Florida Atlantic University, in pursuit of a Bachelor’s Degree in Economics and Political Science. Mr. Antonak joined J. Crompton Electric in October 2009 and was directly involved in the installation and maintenance of generators, electrical service upgrades, RF installations, fiber installations, microwave cabinets, and cellular new builds all over Florida. In late 2011 he was directly involved in the electrical installation for several United States Coast Guard Rescue 21 communications sites in the US Virgin Islands, as well as 4G LTE upgrades for several carriers all over Florida. In 2013, Mr. Antonak was promoted to Project Manager, and became DAS System, PPC, and Sunsight Antenna Alignment certified.

As a South Florida Native, Jason Herist started his electrical career in 2001, constructing Commercial and Residential properties. Mr. Herist joined J. Crompton Electric in August 2007 as a field apprentice. This was when he had his first experience with cellular communications, working on sites for carriers such as Verizon Wireless, AT&T, T-Mobile, Nextel, and Sprint. In 2009, he became a field foremen overseeing newbuilds, installation of generators, and running fiber optics all across the state of Florida for 4G LTE and AWS technology. In 2014, Mr. Herist was promoted to the position of Project Manager to supervise and manage the daily activities for the South Florida Region.

As a south Florida Native Bobby Mantell went to work in the electrical industry directly out of high school.  When joining J. Crompton Electric Inc. in 2008, Bobby came with 10+ years of electrical experience ranging from residential to industrial.  He joined the team as a Foreman and soon became an Electrical Field Supervisor.  He is a state certified Master Electrician and his experience in all aspects of electrical installations has now elevated him to Project Manager overseeing the daily activities of commercial projects.

Mrs. Carol Liberman was a legal secretary for nearly 20 years and began work in the field of accounting in 1997 and gained accounting experience with a South Florida Real Estate Developer for 9 years before joining J. Crompton Electric, Inc. as Office Manager in 2006. Mrs. Liberman oversees the Accounts Payable, Accounts Receivable, Human Resources, and Payroll departments and general office administration.